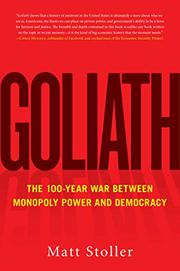 The 100-Year War Between Monopoly Power and Democracy

A former Senate budget analyst writes of the long struggle between political democracy and economic monopoly.

Concentrated economic power has a deleterious effect on liberty: Those who are rich do not like to give up the privileges of their wealth. These privileges include outsize influence on the politics of the day, which is why earlier generations of Americans took pains to contain that power. In the 20th century, this included the provisions of the New Deal, put in place after a decade in which, Stoller writes, there was literal class war between, say, striking coal miners in West Virginia and “police who wielded the power of the state but who were paid by private interests.” The New Deal “reorganized two fundamental economic units over which Americans had fought since the founding: farming and shopkeeping,” small-scale enterprises that encouraged broad distribution of property and discouraged large political formations. To the minds of the New Dealers, this reorganization invoked the Jeffersonian ideals of privileging “the yeomanry” and helped improve the availability of credit to farming, democratizing lending power. Later developments included the expansion of health care coverage. Though Harry Truman, Stoller observes, failed to create the universal coverage system that is still argued over today, he did greatly reduce the health insecurity of previous generations. This all changed, writes the author, during the Carter administration, when a devil’s-bargain decision was made to yield to the first expressions of supply-side economics, affording a great victory for the political right that the subsequent Reagan, Bush, and Trump regimes would exploit—and that even the Clinton and Obama White Houses would more or less go along with. “The real question,” Stoller writes in closing, “is not whether commerce is good or bad. It is how we are to do commerce, to serve concentrated power or to free ourselves from concentrated power.”

An engaging call to arms at a time when corporate power is increasing and that of the middle class evaporating.