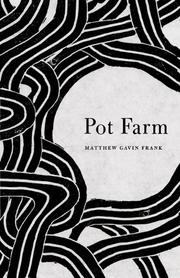 A firsthand account of life on a “mostly medical” marijuana farm.

After returning to his childhood home for almost a year to assist his mother in her struggle with cancer, Frank (Creative Writing/Northern Michigan Univ.; Barolo, 2010) and his wife turned to a California medical-marijuana farm to soothe their distress. Amid the marijuana plants, the couple rediscovered themselves and their shared love. Hard physical labor, interactions with other misfits of society who live on the land and the occasional toke on the clippings helped Frank come to terms with the hand his mother was dealt. Coupled with musings about his family, the author details the intimate nature of growing marijuana outdoors under the watchful eyes of the owner of the farm, Lady Wanda. Frank takes the reader into the fields, where a pair of good clippers can make or break a man, and describes the intricate methods used to cut and dry the product to ensure good quality. However, an underlying fear pervades the book. The crew members were literally locked at the farm behind several gates for the season, and no interaction was permitted between the workers and the outside world for fear the farm would be raided. Lady Wanda even hired two around-the-clock snipers to watch over the farm. Frank also discusses the legality of the work versus its necessary, as much of the product is grown to assist those with AIDS or cancer.