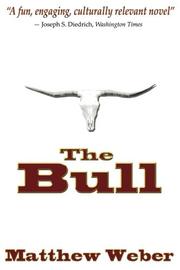 In this briskly paced political drama set in Alabama, one man plays David to the corrupt local government’s Goliath.

Frank Standish is a local hero, a retired race car driver and owner of a popular local bar, The Bull. Increasingly frustrated with Mayor Cornelius’ disregard for the rule of law and his overbearingly paternalistic desire to addle Fulton Springs with endlessly intrusive regulations, he finally decides to take a stand and challenge Cornelius in the next election. Much of the narrative recounts Frank’s steadfast resistance to Cornelius’ attempts to strengthen his grip on political power, as the incumbent aggrandizes his position at the expense of those he cynically purports to represent. A political neophyte, Frank not only battles against an entrenched, amoral administration, but also against the town’s accumulated lethargy, increased by years of mistreatment. The recognizable and predictable crux of the story never loses its speedy stride. Weber’s prose can be achingly earnest; after Frank pledges to “fight for what’s right,” his son exalts: “Right on, Pop!” Also, Mayor Cornelius is depicted as so irredeemably evil and Frank as so unfailingly heroic that their characterizations border on cartoonish. Still, the central problem with the narrative is that it reads like a libertarian catechism with fictional footnotes; many scenes seem like staged opportunities for heavy-handed political sermonizing. Weber runs up and down the bandwidth of small-government advocacy: eminent domain abuse, gun control, encroachments of the environmental lobby, nanny state proscriptions (the mayor bans the use of salt), campaign finance corruption and even the legalization of marijuana. Top marks for sheer thoroughness, but readers might tire of the incessant evangelizing.

An upbeat, breezy read that, minus some dialogue, could just as easily be a treatise on the virtues of limited government.