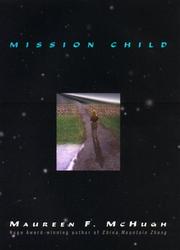 Science fiction spiritual odyssey from the author of Half the Day is Night (1994), etc. Teenager Janna lives in a small village on the tundra of a long-isolated colony world only recently rediscovered by Earth. She’s been educated at a mission set up by immigrants from Earth to help the natives withstand the high-tech imports that would destroy the local economy. Sure enough, a local tribe of “renndeer” herders soon obtains guns and whiskey and slaughters the village; only a few—including Janna and her boyfriend Aslak—escape. Janna, given implants by a missionary, hibernates through the long, frigid winter after Aslak and their baby daughter both die. In the spring, she wanders south to a camp run by offworlders, where food and shelter are available but vice is prevalent. She assumes the identity of a boy, Jan, and drifts to the city, where she becomes friends with wheeler-dealer Mika and, thanks to her ability to speak English, finds a job. Mika becomes her lover; but, unsure of her true identity, Jan continues to live as a man and accepts an implant that makes her part male, part female. Mika, involved in some very bad business, is murdered; Jan flees to the hot lands of the south, then buys a gun and bodyguards a smuggler. Despite Jan’s efforts, her employer is killed; Jan saves his niece Ming Wei and settles down on the latter’s grandmother’s farm before an offworld plague breaks out in a nearby town. Jan, immunized at the mission, nurses the sick and dying, and when offworlders eventually arrive to deal with the plague, she works for them as a translator. Only then does she discover that her world has a name. A panoramic, provocative, and heartfelt though inconclusive journey with a complex but perplexing heroine.