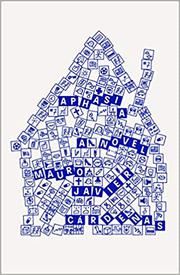 In Ecuadorian Cárdenas' second novel—after The Revolutionaries Try Again (2016)—a once-reluctant father tries to balance family with an awareness of lost possibilities while his sister's life unravels.

Antonio Jose Jiménez immigrated to the U.S. from Colombia to fulfill his dream of an Ivy League education. Now a divorced database analyst, he lives in a small apartment connected through a purgatorial laundry room to the apartment he once shared with his wife and two young daughters. Struggling to write in his spare time, he avoids thinking about his sister or his own failed marriage by remembering former girlfriends (one of whom chose "László Krasznahorkai" for their safe word) and having sex with college students he meets on a site called Your Sugar Arrangements. He studies fathers in fiction and movies. "To learn how to be a father from a movie might sound ridiculous…but how else do men learn to be fathers different from their own monstrous fathers?—holotropic breathwork?" Divided into five sections of short chapters, the story unfolds in a fragmented, fractured style, the long, breathless sentences dizzying and richly packed with memories, connections, and literary references. Cárdenas undercuts the idea of a single, stable identity and suggests the self as a many-layered work in progress. On the YSA site, Antonio calls himself Arturo. At work, consumed by thoughts of "the other lives he could have lived if he’d left his former wife when he was planning to, three weeks before conceiving Ada," he imagines different versions of himself, including Antonio I (soccer player), Antonio VIII (writer), and Antonio V (database analyst), who "creates a spreadsheet to tabulate the other Antonios." Meanwhile Antonio's sister has a schizophrenic break brought on in part by their traumatic childhood with an abusive father. Confronted with discomfort, Antonio's brain "activates its emergency erasure mechanisms." A person, he thinks, is "an accretion of misfortunes," aphasia "a metaphor for expressive paralysis." Fans of the author's inventive, ambitious debut novel will find the same sardonic intelligence, paired here with a deep humanity. Despite erasure mechanisms and paralysis, Antonio works to be a better brother, a better parent to his girls. "Everywhere we went I saw grandmothers looking at us and marveling at a world where fathers and daughters held hands."