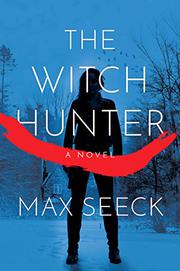 A desperate hunt for what may be a gang of serial killers flushes out a policewoman’s haunting past in Finnish author Seeck’s first English translation.

The body of a famous author’s wife is discovered in what appears to be a deliberately staged pose, dressed in a black gown with black painted nails and a ghastly grin. Another almost identical woman is found under the ice of a nearby lake. The author, Roger Koponen, is out of town at a book signing, where an audience member asks some odd questions. While a police officer is driving him back to Helsinki, communications are lost, and two bodies are soon found burned in the woods. The police realize that the deaths are re-created scenes from Koponen’s popular Witch Hunt trilogy and fear that more may follow. Sgt. Jessica Niemi’s dying boss, Erne Mikson, the only person on the Helsinki police force who knows she’s a very wealthy woman, puts her in charge of the case. Mikson, long Jessica’s father figure, knows her disturbingly dysfunctional background, which is slowly revealed as she’s personally drawn into the mystifying case by her striking resemblance to several of the victims. Jessica’s team works tirelessly to uncover suspects and motives as more gruesome murders related to witches occur until Mikson fears that Jessica herself may be a target. The apparent resurrection of Koponen’s cellphone and his image caught on surveillance cameras only make the case more confusing for the officers, who have very different thoughts about who’s involved.

The heroine’s personal problems provide a fascinating counterpoint to a disturbing tale of murder and madness.