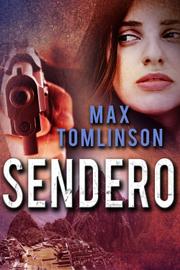 In 1987, Peruvian peasant siblings Nina, 12, and Miguel Flores, 16, live on a potato farm raised by proud, hardworking parents. Their homeland is being terrorized by the “Sendero Luminoso” (Shining Path), a Maoist insurgent militia, as locally armed soldiers become outnumbered and more and more of the land is dominated by the violent faction. When their father, Adan, is shot by soldiers and Agustín Malqui, the village pastor, is abducted, Miguel, ever the picture of restless youth, sacrifices himself by joining the Shining Path guerrillas to spare the rest of his family from certain death. Tomlinson masterfully propels his ambitious narrative two decades forward to find Nina, a Cuzco tourism police official in southeastern Peru, miraculously reuniting with a downtrodden, alcoholic Pastor Malqui who’d been isolated for almost a decade in a political prison. Before he disappears again, however, Malqui tells her that Miguel is still alive but ensconced in drug trade narcoterrorism. Nina ignores stern warnings from her lover, Francisco Guislán, a high-ranking anti-terrorist official, and risks her life to first find Malqui again and then her long-lost brother. These powerful events enable Tomlinson to unfurl a vividly described journey throughout Peru’s underbelly as the narrative gains momentum, hurtling toward a dramatic climax and a surprisingly unconventional conclusion. A lushly atmospheric novel consistently churning with intrinsic familial yearnings and authentic suspense, the author’s story works on a variety of levels. Incorporating Peru’s rich yet turbulent history, high drama amid the villages perched in the expansive Andes mountains, a cast of impressively crafted characters and a cinematic plot that would translate wonderfully to the big screen, Tomlinson’s debut is golden. Elaborate and robust; a prime example of history and histrionics juggled with equal precision.