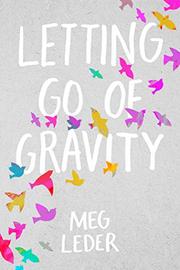 Parker McCullough has just graduated as valedictorian, but the moment is bittersweet.

Her twin brother, Charlie, is not sitting with their class, instead repeating his senior year thanks to his leukemia. Charlie isn’t sure how to handle life after remission, and Parker isn’t sure how to handle a future she doesn’t want. Sure, she worked her butt off to get into Harvard and land that prestigious internship at Cincinnati Children’s Hospital—but now the thought of becoming a doctor makes her feel sick. Fortunately, Ruby, a rising junior, becomes Parker’s new friend, and she reconnects with childhood classmate Finn, a boy from the wrong side of the tracks. Talking to Finn makes her brave enough to do what she wants, leaving the internship and working at a pottery studio, where, like clay on a wheel, she finally starts to take shape. These lifelike characters are perfectly imperfect in the face of their own challenges, whether that is physical abuse, cancer, or internal emotional struggles, with none presented as being of greater value than any other. Parker’s best friend Emerson is a lesbian, and Parker suffers from anxiety. Major characters are white other than Ruby, who is African-American, and there is ethnic diversity in the community.

For readers who love and appreciate a good coming-of-age story, a realistic romance, and a novel where every character gets to be a hero. (Fiction. 14-adult)