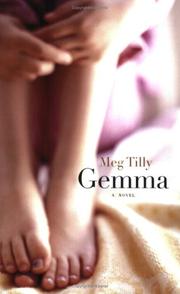 A series of sexual crimes against a wayward girl are put under a microscope.

Twelve-year-old Gemma Sullivan seems like a familiar victim. Her father disappeared years ago, and her alcoholic mother is ill-equipped emotionally and financially to raise a child. Her mother’s boyfriend, Buddy, begins molesting Gemma when she is eight, more and more frequently and hideously as time passes. When Gemma is 12, Buddy begins pimping her out to his friends. Her first “client,” Hanzen, rapes Gemma and becomes obsessed with her. The bulk of the novel details the kidnapping and brutality perpetrated against Gemma at the hands of Hanzen. The graphic depictions of the brutality that Gemma must endure are enough to turn the stomach of the most hardened reader. In the early going, it’s an effort to keep flipping the pages and endure Gemma’s suffering. Tilly, an actress best known for her screen roles in Agnes of God and The Big Chill, successfully captures Gemma’s wounded voice. The story is told from the point of view of both Gemma and her captor, and Tilly is equally proficient at conjuring up a revolting and consummate villain. The account of Gemma’s happy rescue sucks some of the power from this work, as Gemma is adopted by a kindly policewoman with a troubled past. Tilly has talent, but it remains to be seen whether she will find an audience willing to take on this unsettling subject.

A haunting tale of abuse that may leave readers queasy.