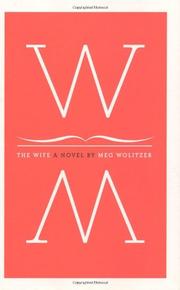 Forty-five years of a bad marriage laid out in pat detail, by the author, most recently, of Surrender Dorothy (1999).

On the way to Helsinki, where her novelist husband Joe is to receive a major literary award, 64-year-old Joan Castleman relives their years together as she steels herself to tell Joe she’s leaving him. They met during her freshman year at Smith, where he was her English professor. All the girls were smitten by the young, darkly handsome Jew whose wife had just had his baby, but Joan was the one he noticed, both for her blond beauty (and impeccable debutante WASP credentials) and for her natural writing talent. Soon they began a torrid affair, dampened only slightly when she read a less than brilliant story he’d published. After his wife throws Joe out, Joan happily drops out of college to set up house with him in Greenwich Village, where she works as an editorial assistant to support them while he writes his first novel. The book, based on their affair, is a hit, launching his career. Having lost touch with his child from his first wife, Joe has been a less than involved father to the three he’s had with Joan: two daughters, one whose gayness seems completely gratuitous, and an emotionally troubled son who threatened his father one night (the vague, pulled-punches quality of that scene typifying the story as a whole). While Joe has always given Joan credit for helping him with his work, he’s also had frequent dalliances with other women (and, if Joan’s brittle narration is any clue, it might seem hard to blame him). Eventually, Joan drops the bomb: just as her kids always suspected, she wrote the books for which Joe took credit. After his fatal coronary, will she keep her secret to preserve his reputation?

Connect-the-dots predictable except for those occasional tasty morsels of nastiness.