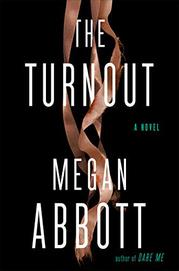 The owners of a ballet school have their insular and delicate world torn open.

Sisters Marie and Dara Durant own the Durant School of Dance; with matching buns, long necks, and pink tights, they exemplify the traditions of ballet. The classic girl’s dream of becoming a ballerina is the reality they’ve lived since their late mother opened the school in the 1980s. But behind the delicate tulle-clad facade of every ballerina reside the grit, pain, and stamina that drive them to push their bodies to the limit day in and day out. “Ballet was full of dark fairy tales,” Abbott writes, and one of those dark tales belongs to Dara’s husband, Charlie, who was once her mother’s prize student. Charlie now runs the school's daily operations, no longer able to dance due to his chronic pain. With Nutcracker season upon them, tension runs high at the studio. While Marie, Dara, and Charlie have survived many Nutcrackers, this year is a little different—the dark fairy tale comes to life, first in the form of a fire, “brilliant and bright…eating the floor and spitting out kindling shards in its wake.” As in many of Abbott’s thrillers, a violent catalyst sets off a series of events that brings buried emotions and hidden desires to the surface. The physicality in Abbott’s prose gives the mounting tension a heartbeat, from “the clatter of phones” to “the slap of flip-flops.” The tension arrives next in the form of Derek, the contractor hired to fix the ruined studio—“the expanse of him was overwhelming.” Derek represents every contractor horror story you’ve ever heard. He takes over the sisters' space, “an invasion and a deconstruction” that threatens to break the delicate balance that keeps the studio—and Marie’s and Dara’s lives—functioning. Derek invades their mental as well as their physical space, twisting words and promises, making beautiful things unseemly: “Some people liked to make everything dirty. Some people liked to ruin everything.” While the life of a ballerina may be “mysterious and private,” many illusions are shattered by the end. Though this story lacks some of the unquenchable energy that is Abbott’s trademark, the mesmerizing prose will keep you turning the pages.

Abbott is a master of thinly veiled secrets often kept by women who rage underneath their delicate exteriors.