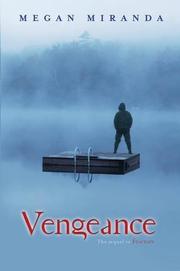 Mystery and horror genres collide when superstition and fear overcome a group of teen friends who begin blaming their recent misfortunes on a curse in this follow-up to Fracture (2012).

In friend Decker’s narration, Delaney continues struggling to understand her secret ability to sense when people are nearing death, a talent she believes is a curse, as in the previous book, it failed to help her actually prevent her friend Carson’s death. Meanwhile, Delaney’s friends inexplicably find themselves the targets of several acts of vandalism, which they eventually believe stem from a curse they must have unleashed when they saved Delaney from drowning. Though believing in a curse may sound far-fetched, in many ways, it allows these teens to escape reminders of their own mortality and to avoid the unpleasant idea that someone wishes to harm them. As the teens reinforce one another’s beliefs in the curse, the narration becomes increasingly paranoid, largely ignoring the ample evidence indicating that natural, rather than paranormal, explanations exist for the vandalism. In this way, Miranda cleverly leads readers down the same path of misdirection, encouraging them to anticipate a supernatural reveal, making the final uncloaking of the human villains more surprising. However, Delaney’s “death sense” remains largely unresolved, perhaps leaving room for another installment.