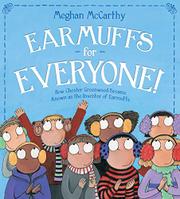 How Chester Greenwood Became Known as the Inventor of Earmuffs

A look not just at the invention (or not) of earmuffs, but at the process of inventing and the way that history can rewrite itself.

Every year in the beginning of December, the town of Farmington, Maine, has a parade in which all the participants (cars, buses, trucks, included) wear earmuffs. This parade celebrates Chester Greenwood, who was not the inventor of earmuffs. Wait. What? That’s right. Chester Greenwood did not invent earmuffs; he improved the designs of other inventors, applied for a patent and is misremembered today as the inventor of the ubiquitous ear coverings so popular in cold climates. In her latest nonfiction title, McCarthy looks at how this happened, along the way delivering tidbits about patents; the lives of Greenwood and his wife, Isabel, who was active in the suffrage movement; other inventors who were really improvers (Edison and his light bulb); and the movement to dedicate a day to Greenwood. McCarthy’s acrylic illustrations nicely bring history to kids, mixing the familiar and the new. They realistically portray history (and Farmington!) and feature her characteristic big-eyed, round-faced people. Two photographs show Greenwood, sporting earmuffs of course, and a portion of the Chester Greenwood Day parade in downtown Farmington. Backmatter includes a fascinating note about the research for the book, more about patents and a bibliography.

While Greenwood was indeed an interesting character, the more valuable—even revolutionary—takeaway is that history isn’t necessarily reliable; it can change, and McCarthy’s genius is that she communicates this so easily to her audience.