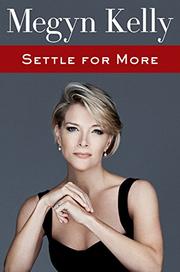 The TV news star delivers a relatable, sometimes-inspiring memoir with a dash of vulnerability.

Kelly, a Fox News darling who garners respect on both sides of the aisle for her hard-hitting, tough-but-fair style of journalism, is a self-described “overpreparer.” It’s the reason her guests can both love and hate her and what made her a successful lawyer for nearly a decade. It also makes her memoir, filled with journal entries and vividly recalled anecdotes, shine with authenticity. The author begins her story on the day of the Republican presidential debate, which started with a bad stomach bug and would only get more challenging for her—professionally and personally—as her question to Donald Trump on his attitude toward women would make her a target of the future president-elect for months to come. Suddenly, she was both a media star and the media’s favorite subject. However, as we learn, life had prepared her for what would become her “Year of Trump.” She’d dealt with unfair breaks before, such as the early death of her beloved father; she is no stranger to being bullied; she has learned how to regain a sense of security even while being stalked; and her faith in the power of hard work and “doing better” has never let her down. Throughout her story of an average girl who worked hard, took chances, and became a star, Kelly makes a compelling case for the independent status she claims. With equal helpings of criticism and praise for both ends of the political spectrum, it becomes clear that Kelly isn’t devoted to a particular party dogma but rather to herself, her family, and her values.

As candid and earnest as we can hope for from a polished TV personality, Kelly’s memoir delivers on decency and encouragement.