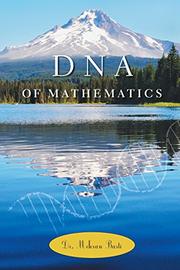 Debut author Basti, a mathematician, explains the wide-ranging significance of Riccati differential equations frequently used in studies of motion in physics and engineering.

The focus of Basti’s research, and thus his professional life, are Riccati differential equations. Having studied this class of equations, among others, Basti is of the opinion that Riccati equations are fundamental to mathematics and many other disciplines, and that a more developed understanding and theoretical structure regarding these equations would be of immense practical and intellectual benefit. As he explains in the opening chapters, he also believes that current modes of mathematical thought are insufficient to this challenge, as they are often rooted in assumptions and patterns that aren’t necessarily rigorous enough by his standards; a new mode of analysis is needed to revitalize such thought, he says. However, in attempting to tie various examples from multiple disciplines together to bolster his thesis, Basti winds up following too many threads and creating a narrative that lurches from one topic to another. Entire chapters are devoted to films, historical trivia, music, the role of Jews in modern science and their historical mistreatment, without serious attempts to tie together these disparate elements or show how they relate to other chapters on economics or engineering, where there are at least superficial reasons why his work might apply. Even when Basti gets to discussing the fundamentals of his work, which takes up the bulk of the book’s second half, he digresses into ruminations on God, the idea of an expanding vs. a static universe, and relativity. Furthermore, frequent digressions betray both a lack of organization and a limited understanding of the theories on which he comments, which he admits to on occasion, as with his remarks concerning the uncertainty principle: “I do not have the laboratory experience in physics to be able to better understand the uncertainty principle.”

Despite occasional nuggets of intrigue, wildly uneven and simply too disorganized to hold much interest or credibility.