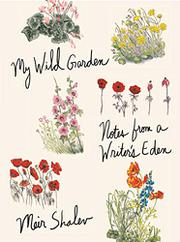 Notes From a Writer's Eden

An agreeable set of essays in which gardening teaches perspective and the rewards of hard work.

When Israeli novelist Shalev (Two She-Bears, 2016, etc.) first saw his home in the Jezreel Valley, its garden was dried up and derelict. Although his grandfather kept an orchard and his mother took pride in her Jerusalem garden, he had little personal experience with horticulture. In this pleasant “collection of impressions of a modest wild garden and the gardener who tends it,” he charts the development of a hobby that soon became his “new love.” With the help of an elderly village guru, he learned what to plant and what to cut down, creating such an idyll that a wedding party once mistook his garden for a countryside photo shoot location. The book rests on solid botanical knowledge but is never heavy-handed. Rather, Shalev sometimes indulges in whimsy, as when he asks his sea squill plants if they want to be sown together or separately. Though the author notes an overall decline in local wildlife, he still enjoys owl calls and nocturnal visits from fruit bats. In a standout chapter, Shalev good-naturedly chronicles a losing battle against mole rats. The author weaves in Jewish wisdom via stories of the Tree of Life and God’s providing water as well as King Solomon’s words in praise of ants. Shalev contends that keeping a garden helps with cultivating a proper sense of time—not just planning ahead with annuals, but also planting a tree that will remain hundreds of years after its planter is gone. “This patience is not something I brought to the garden,” he writes, “but rather something I received from it.” He persuasively likens gardening to writing in that both necessitate time, dedication, and back pain but ultimately produce beauty. At the end of the book, when he describes how he cut down his old, dying lemon tree to replace it with another, it reminds him of his mortality: “I, too, am a rather old lemon tree.”

Charming musings on the “moments of bliss” found in the garden.