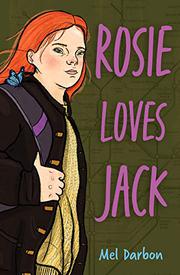 A teen with Down syndrome runs away to find her boyfriend when her parents forbid their relationship.

Sixteen-year-old Rose Tremayne and her boyfriend, Jack, were made for each other. Jack, who was born with a brain injury, helps Rosie with reading and writing; Rosie calms his anger issues. But after a violent outburst, Jack is sent away—and Rosie’s parents think she should forget him. Rosie resolves to find Jack herself, taking the train to London alone and venturing into the city’s labyrinthine subway system. As she copes with transportation setbacks, she encounters assorted strangers—some kind and some with unsavory intentions. Though secondary characters lack depth, Rosie’s narration sympathetically expresses her determination, frustration, and naïveté in equal measure, and others’ patronizing and rude reactions to her disability are sadly realistic. However, much of the plot feels contrived. Despite Darbon’s efforts to show that Rosie is more than her Down syndrome, she doesn’t escape being a symbol of childlike innocence, a problematic trope. While a twist darkly demonstrates how people with intellectual disabilities can be targets of abuse, its execution is somewhat implausible. Portrayed primarily through Jack’s misspelled postcards and florid prose such as “The sun came out in my head and my heart grew wings and took me up to the moon,” the romance never quite feels three-dimensional; the ending, though touching, is rather pat. Most characters default to White.

An earnest but belabored story of love and cognitive disability.