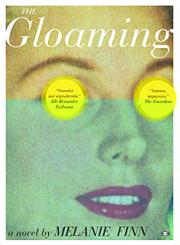 A propulsive literary thriller toggles between Switzerland and Tanzania.

In a concise, elegant seven paragraphs, Finn (Shame, 2015) opens her second novel with the intimations of an affair. The narrator, Pilgrim Jones, has discovered that her husband, a globally influential human rights lawyer, has abandoned her, and his deception sets up a lethal incident. Pilgrim awakens in a Swiss hospital, having smashed her car into a village bus stop, killing three children. For reasons that only gradually come into focus, she decamps for Tanzania, where the bush is “a tangled, knitted green stretching over the earth, a hot wool itching with insects, snakes, and birds.” Finn, who writes with a psychological acuity that rivals Patricia Highsmith’s, switches between Europe and Africa in tense alternating chapters, rewarding close attention. The book is terrific on diplomatic detail and police craft, the murkiness of human motivation and the pervasiveness of corruption. The parallels on both continents are subtle and thrilling. The Swiss investigator of Pilgrim’s car crash, preparing to face the dead children’s families, lets the rain pummel him: “It was better if he looked wet and bedraggled; his sympathy would appear more authentic.” Finn, who grew up partially in Kenya, writes supplely about Africans and the whites who move among them. The novel travels 175 pages in Pilgrim’s voice, then switches into third-person segments centered on each of five characters who’ve crossed her path: the Swiss police inspector, a tiny Tanzanian doctor, a Midwestern American bent on starting an AIDS orphanage, a Ukrainian mercenary, and a drunken white ne’er-do-well. Each has been altered by atrocity, a quality that Finn imbues with familiarity. “Tom would say to me that violence becomes an identity,” Pilgrim thinks, “how people see themselves in the world, and to ask them to stop being violent is asking them to erase themselves.”

Remarkably well-paced and well-written, this novel ends with an existentially astute finale. Don’t expect to be able to set this book down or forget its haunted characters.