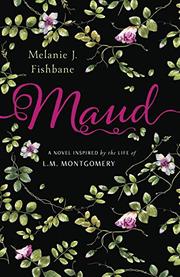 A Novel Inspired by the Life of L.M. Montgomery

Historical fiction based on a few teenage years in the life of Anne of Green Gables author Lucy Maud Montgomery.

Fourteen-year-old Maud Montgomery lives in a small town on Prince Edward Island with her dour maternal grandparents. It’s the late 1880s; with the exception of a very few Métis, everybody is white, and most are Presbyterian. Maud’s mother died when she was a toddler, and her now-remarried father lives in Saskatchewan. Maud chafes under her grandparents’ restrictions and sneaks walks home with schoolmate Nate; she worries about her relationships with friends and her teacher; she writes in her journal and composes poetry. When her grandparents discover her tepid relationship with Nate, they send her west to her father for a year. Maud doesn’t get along with her stepmother; she doesn’t know what to make of a teacher who seems to be courting her; and she makes friends with another boy while also publishing her first pieces of writing. Fishbane thoroughly researched Montgomery’s life to create this lengthy debut, but she doesn’t turn it into a novel: there’s a great deal of retelling in the passive voice. While Anne of Green Gables remains a classic, Montgomery isn’t widely known among today’s U.S. schoolchildren, and it’s doubtful they’ll be willing to wade through these pages to get glimpses of the girl Maud might have been.