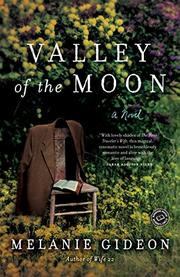 VALLEY OF THE MOON

Two narrators, separated by nearly a century, tell a tale of old-time charm and contemporary agita.

It's 1975, and Lux Lysander, a 20-something single mother in San Francisco, is besieged by modern life. Working as a waitress, she's living paycheck to paycheck, with “maxed-out credit cards, beans and toast for dinner three times a week.” Her young son, Benno, is the product of a brief fling with a black soldier killed in Vietnam. To escape from her problems, Lux (Latin for “light”) goes alone on a camping trip to California’s wine country, Sonoma, also known as the Valley of the Moon. By an improbable freakish combination of full moon and dense fog, she's transported to Greengage Farm (pop. 278), a 1906 idealistic community trapped in a time warp that occurred because of the great San Francisco earthquake. Joseph Bell, in his 40s, is the Londoner who founded Greengage in honor of his idealistic mother, who committed suicide. Lux learns that Joseph, a man profoundly ahead of his time, has created “a residential farm where all jobs were equally valued and all jobs, whether done by men or women, paid out the same wage.” Naturally, Joseph, who conveniently becomes a widower midway through the book, is “six feet tall, with dark hair and eerie light blue eyes.” Lux is the only outsider who knows about Greengage, whose residents vanished without a trace. The book is mainly Lux’s story as she falls in love with the community, ping-pongs through time, and flirts for a decade with Joseph. For the most part, author Gideon (Wife 22, 2012, etc.) deftly handles Lux’s disorienting and occasionally loopy lifestyle. Will Lux decide to permanently stay with handsome Joseph or return to the headaches of her real life? You guess.

An enjoyable magic carpet ride back to an earlier time and a gentler place.