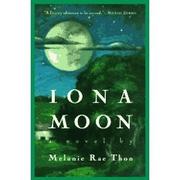 Lives overflowing with pain are what Thon offers in her second novel (following Meteors in August, 1990), this time focusing on three Idaho teenagers. When Vietnam vet Everett Fry shot himself after his return in 1966 to White Falls, Idaho, his brother Matt drove the family car into the river; disowned by his parents, Matt took to living in a shed, where he was comforted by 11-year-old Iona Moon, though all she got in return was a headful of lice. But the skinny little farmer's daughter has been used to doing favors for her three loutish big brothers, and her reputation—that she ``was never tight with the boys''—excites diving-champion Jay Tyler, the dentist's son, though it repels his buddy Willy Hamilton who, mindful of his religion, priggishly walks the straight and narrow. (Circumstances prevent Jay from going all the way with Iona, while Willy just says no to backseat love.) Iona is as generous caring for her cancer-stricken mother Hannah, but once her mohter has died, Iona (now 17) wants out; she's narrowly escaped being gang- banged by high-school boys ``nasty as goats,'' and Matt Fry is in the nuthouse. So she runs away to Seattle, where life is just as miserable (``you take yourself with you''), though she finds temporary relief with Eddie Birdheart, a one-legged married guy, half-Indian. Back in White Falls, Jay, having impregnated a 14- year-old and broken his legs in a driving accident, has succumbed to self-pity and hard liquor, while Willy has outgrown his priggishness and lost his virginity to Jay's alcoholic mother Delores. (The parents, naturally, are even unhappier than their children.) Iona returns home; the ending is left open. Thon writes capably, but her prose is not yet powerful enough, nor her characters autonomous enough, to make her monochromatic world memorable.