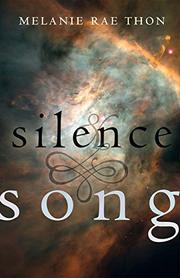 Thon (The Voice of the River, 2011, etc.) explores various forms of grief and trauma in a book with an unusual structure.

The first section of Thon’s book darts back and forth between several fragmented narratives ostensibly connected by a woman’s musings on loss and a shared setting of the Sonoran Desert. Deaths in a family, beginning with a tragic car accident, cripple its members with a claustrophobic, muffling sorrow. South American immigrants trudge across the harsh but extraordinary landscape, suffering terrible deaths from lack of water and welcome. A virtuous man is shot by a troubled child and falls into a coma. None of these stories possess much narrative drive; broken into disjointed pieces and offered in impressionistic style, they serve as pieces of a mosaic that provide a shimmering and elaborate sense of grief but little emotional impact. The sentiments verge on cloying and seem oddly scattered, and the section ends abruptly to make way for a short piece describing a performance in a Salt Lake City literacy center. The third part of the book, the curiously punctuated “requiem: home: and the rain, after,” juxtaposes a Seattle murder with the aftermath of the Chernobyl nuclear disaster. While also often fragmented and working a slippery divide between prose and the rhythm and structure of poetry, the narratives here possess intense emotional resonance. Partly narrated by the sister of the murderer and partly by the “liquidators” charged with obliterating the effects of radioactive fallout, the horrors of both personal and environmental disasters gain real traction, and Thon’s lyrical descriptions give a glimpse of the beauty of possible recovery.

An uneven book that struggles with its own fragmentation but occasionally offers striking reflections on the strange resilience of both humans and the natural world.