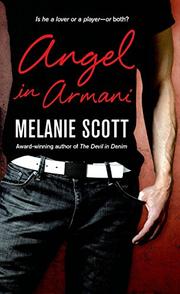 When a dangerous storm keeps helicopter pilot Sara Charles and her devastatingly handsome client, Lucas Angelo, out of the air, it leads to a night of passion, then to an uneasy but passionate affair between two people from completely different worlds.

A thriving surgeon, Lucas is also part owner of the New York Saints, a Major League Baseball team he bought with his two best friends. Commuting between Staten Island and Manhattan is easier by helicopter, he finds, especially with a female pilot who stays on task and keeps the copter steady. But when a violent storm strands Lucas and his favorite pilot outside the city, Sara makes a move on the achingly handsome Lucas, then winds up sneaking away the next morning when she learns her helicopter has been damaged by the weather. With her business grounded, Sara has other things to think about than the man who set her on fire one dark night, and she’s too embarrassed to contact him, but Lucas is obsessed with the mysterious woman who disappeared. Tracking her down only intrigues him more, and he hires her as the team’s private pilot, increasing their proximity in both New York and in Florida, where the Saints are in spring training. At first, Sara and Lucas agree to keep things professional, but that plan soon flies out the window. However, as hot as the affair gets, Sara is uncomfortable with Lucas’ wealth and high-profile life, not to mention his family’s noticeable disapproval. Lucas is all-in where Sara is concerned, and he’s surprised that his courageous helicopter pilot is choosing to be ruled by fear where her heart is concerned. Scott continues her New York Saints series with another emotionally complex romance set against the exciting backdrop of professional baseball. Sara, especially, has to overcome some major vulnerabilities, and the way she handles her misgivings is understandable but at times aggravating.