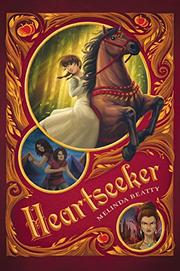 An 11-year-old who can see lies is dragged from her family orchard into the cesspit of royal politics.

It’s not her secret magical “cunning” that sets Only Fallow apart from the other girls in her rural community, it’s her parents’ relative wealth. The other girls have been cruel to her ever since her family started selling cider to the king way up in Bellskeep. Thank goodness she makes friends among the boat-dwelling Ordish. Prejudice against the Ordish is extreme—the king orders many of their children kidnapped into servitude—but these itinerant farmworkers are lovely to Only and her brothers. When a child-stealer nabs Only’s Ordish friends, her secret is out: Only can see deception. Such a power, not seen since times long past, would be invaluable to the crown, and an inquisitor comes to take Only away. When she arrives at Bellskeep after a miserable journey, she’s instantly thrust into a complex web of power games, manipulation, and cruelty. The violence being fomented against the nomadic, magic-using, and romanticized Ordish frightens Only and makes no sense to her. This generic, vaguely European fantasy kingdom is a largely white one, with a handful of darker-skinned foreigners from South Asian–ish Achery who may play larger roles in sequels. As high fantasy has skewed older in recent years, it’s refreshing to see one that’s solidly middle-grade, helmed by a believable 11-year-old whose growth in savvy and understanding of her own privilege come naturally.