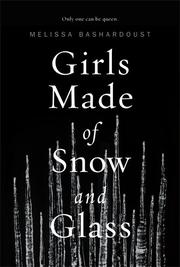 GIRLS MADE OF SNOW AND GLASS

Magic, mother-daughter conflict, and the quest for self-identity are given a dark and fantastical treatment in this chilling feminist adaptation of the “Snow White” fairy tale.

Bashardoust sets her debut novel in a kingdom cursed with eternal winter, which serves as a pointed metaphor for the physical beauty that is currency and curse for both Lynet, the beloved daughter of King Nicholas, and Mina, the neglected daughter of an infamous magician who eventually becomes Lynet’s “wicked” stepmother. The narrative, which alternates between the characters’ points of view, unites them with a mutual feeling of objectification. Both women are shaped and magically controlled by their fathers, who are also their creators, the insidiousness of which the story fully explores. Well-developed, strong female characters abound, from the tree-climbing Lynet (whose skin is olive-brown) and golden-brown Mina, a sympathetic survivalist queen, to a court surgeon and a royal ancestor whose maternal grief is powerful enough to eternally banish springtime from the northern kingdom. The author’s rich fantasy landscape incorporates the fairy tale’s traditional iconography while providing her with room to create a new story emphasizing the shallowness of a male-dominated society that places a ruinously high premium on beauty at the expense of female individuality. The decisive clash is between mother and daughter, but misogyny is the narrative’s true destructive force.

A hauntingly evocative adaptation that stands on its own merits. (Fantasy. 14-adult)