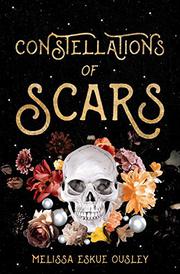 In this novel, a sheltered young woman harboring a striking condition discovers the outside world may be as harsh as her repressive mother claims.

Amelia Weaver believes the pearls agonizingly coming out of her upper arms and back are a monthly sickness. But her mother sees it as a benefit, making good money by routinely selling the pearls. She keeps her daughter at home for years, asserting that people will lock Amelia up if they know what she can do. Her mother ensures Amelia stays put by confining her to the attic when she’s away. At age 21, Amelia absconds from her Roseburg, Oregon, home and heads to Portland, where she quickly has to deal with a lack of both money and shelter. Luckily, she finds a buyer for her pearls—a soon-to-open museum of “human oddities,” such as Gabriel, whose entire body is covered in hair. This small museum community becomes like a family, and Amelia lives on her own with an apartment and a job. But a condition such as hers isn’t one she’ll be able to keep secret for long. And she will come to the unfortunate realization that people just as cruel and selfish as her mother are never far away. Ousley’s thematically rich tale packs a few punches. For example, the protagonist’s “harvest” of pearls corresponds with her menstrual cycle, and Gabriel endures mistreatment for a condition he, unlike Amelia, can’t easily conceal. Characters are sublime, as the ones whom some call “freaks” are dynamic and tenderhearted while the rest of humanity includes a mugger and worse. The author gracefully describes disturbing scenes, such as Amelia’s harvests, making these painful, bloody experiences palpable without graphic details. Amelia muses about the terrible effects of these incidents: “After that first year of harvesting pearls, my skin had constellations of scars. I avoided mirrors. The one comfort to my isolation was no one could see my monstrous skin.” The moving novel has its share of positivity as well, especially Amelia’s making friends for the first time in a long while. Though the latter half of the book takes a surprisingly drastic turn, it’s befitting, as is the potent ending.

An indelible story of loving yourself in a world of dreadful realities.