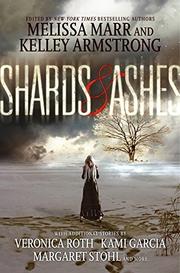 An eclectic assortment of terrible futures.

Viruses, terrorists, social collapse, disasters—this anthology offers variety in the horrors lurking ahead for humanity. Some protagonists rebel against invasive, controlling societies; others are just trying to get by in the chaotic ruins of civilization. The genres of individual stories are also scattered: A healthy dose of science fiction, some fantasy and even horror and paranormal romance are represented. Many of the entries read more like teasers for novels rather than fully realized and soundly structured stories. Among those, Veronica Roth’s “Hearken” stands out for tight structure, an intriguing premise relying on a musical application of string theory and, most importantly, emotional resonance. It is the most successful of the offerings. Rachel Caine’s “Dogsbody” and Margaret Stohl’s “Necklace of Raindrops” offer different views of corporate-controlled nightmares—action-packed and murderous for the former, thoughtful for the latter. Readers seeking the grotesque and creepy find it in the Lovecraft-ian tale “Corpse Eaters,” by editor Marr, involving a rebellion against an awoken reptilian god who eats the dead, or in the disease story “Miasma,” by Carrie Ryan. Diversity of content goes some way to distract from unevenness of story quality. Just about any of these stories could easily be expanded into a novel—unfortunately, this makes them less satisfying as reads in the short story form, as many feel abridged and offer weak resolutions.

Perhaps most appealing as a sampler for genre neophytes.