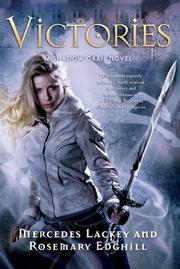 From the Shadow Grail series, volume 4

Spirit White and her mage schoolmates prepare for a battle royal in this energetic series ender.

Spirit and her friends, Burke, Loch and Addie, escaped the deadly school dance at Oakhurst Academy, but they lost their friend Muirin in the process. After a brief respite, an uninformative conversation with an incorporeal Merlin and the anticlimactic discovery of the Hallows—Arthurian, not Deathly—the teens dutifully troop back to Oakhurst to rescue the other students and prevent Mordred from starting a nuclear war and establishing his medieval empire atop the radioactive ruins. As Reincarnates of King Arthur’s courtiers, Spirit and her friends find both strength and sorrow in the returning memories of their former lives and liaisons. Thrust into responsibility by the convenient absence of adults—as the students were orphaned through the machinations of the Shadow Knights and abused by their teachers—but equipped with magical powers, combat training and newly accessed Arthurian memories, the teens dive back into battle. Exposition is lengthy and the mythology, muddled, and the dialogue swings erratically between modern teenspeak and “High Forsoothly.” The superpowered-teens-and-secret-school thing has been done before, but Lackey and Edghill (Sacrifices, 2013, etc.) save this sequel from stereotype through snappy ripostes, abundant pop-culture references and a strong ensemble.

A smart and snarky finale.