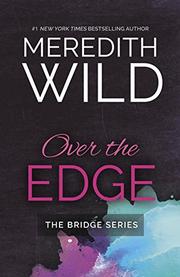 From the The Bridge Series series, volume 3

A provocative proposition leads to a tantalizing relationship in the third novel of Wild’s (Into the Fire, 2016, etc.) romance series.

Intelligent and accomplished Olivia Bridge is eager to build an independent life in New York City. After leaving her father’s private investment firm, she joined forces with her brothers, Cameron and Darren, to open a chain of fitness centers called Bridge Fitness. Her keen eye for detail helps her in developing the company’s aesthetics, and she works closely with their architect on the design. When she discovers that a design element has been changed at the request of Will Donovan, a real estate developer who’s financing the project, she’s angry and challenges his decision. Intrigued, Will invites her to dinner, where he offers her an unlimited design budget in exchange for a sexual fling. Although shocked by his offer, Olivia finds herself drawn to the dangerously sexy Will. Their resulting affair catches the eye of Will’s roommate, Ian Savo; soon, Olivia becomes the object of their mutual desire. What begins as a passionate frolic turns serious as the characters confront a series of personal and professional crises and realize that their feelings run deeper than they expected. Wild’s sexy, fun sequel successfully balances the characters and storylines introduced in On My Knees (2014) and Into the Fire with an engaging, fast-paced plot that centers on Olivia and the men who grow to love her. The key to the romance’s success is the sizzling chemistry between the three leads; their scenes are erotic and unexpectedly tender, giving their polyamorous relationship a solid layer of emotional depth. Characters from earlier books also figure prominently in this narrative, which should satisfy fans as well as newcomers to the series: Olivia’s brothers, Cameron and Darren, and their wives, Maya and Vanessa, are key supporting players, as is Will’s colleague, Jia Sumner, a successful businesswoman facing a scandal that threatens her career.

A satisfying continuation that offers appealing characters and plenty of risqué action.