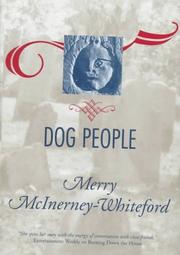 Tale by the author of Burning Down the House (1997) of a family mired in gambling debts and more, set in a 300-year-old family manse in Salem, Mass., a place that lends a dark reverb. Living in the house are 12-year-old Trisha Dalton, her gambler- loser dad, her two sisters, and her newly feminist mom—who has taken a job at Old Stuff, an antiques store, and begun indulging in drink with her new buddies. This rings strongly of Mom’s mother’s own difficulties, and those of great-great-great-etc.-moms all the way back to Sara Wilde, who lived in the original manse and who was hanged as a witch by her father so that he could take ownership of the family land offered to him by Sara’s suitor. Big events in present time include Trisha’s first period, which she tries to keep secret, and Dad’s bopping Mom after she glimpses him kissing her best friend; later, in a drunken rage, he kills Pip the kitty with a rock. Now that the poor Daltons are dog people and down to using napkins for toilet paper (plus Dad has lost a major piece of property), he decides to take the disrupted family on an Easter visit to Atlantic City, where he plans to recoup enough cash to cover his earlier losses and buy back the land. The trip ends in utter tragedy. But that’s the way it is with a degenerate gambler for a dad who can make a whole room smell of liquor. He’s dog people. Not a happy tale, but well told.