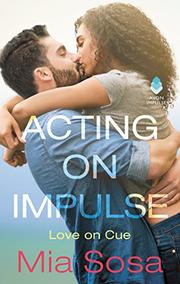 A popular Hollywood actor who's putting his body through drastic transformations to establish himself as a versatile performer finds himself enamored by a sassy fitness trainer, learning that there’s more to life than a job.

Fitness expert and trainer Tori Alvarez decides to go to Aruba to escape the gossip and speculation surrounding her rocky relationship with a publicity-hungry politician. She meets up-and-coming sitcom star Carter Stone on her flight to Aruba, but since he's fresh from the set of a film which required him to shed several pounds and grow a beard, she doesn’t recognize him. Tori is still sore from her previous relationship, but she finds herself reluctantly charmed by Carter’s impishness, and they spend a couple of idyllic days laughing and bantering. Then, when a nosy paparazzo descends on Carter, Tori discovers the truth about his identity and feels tremendously betrayed. Hoping to thaw Tori’s anger, Carter approaches her for assistance when he realizes that he will have to gain back his robust physique quickly to bag a role in a big-budget Hollywood film. Before she can let Carter back into her life, though, Tori is forced to decide if she can overcome her reluctance to live a life in the public eye. The first installment in the Love on Cue series is charming, witty, and consistently funny and will get readers invested in the sharply etched secondary characters. Although the final resolution of Tori’s personal troubles seems too pat to ring true, Sosa hits all the right notes by weaving a uniformly entertaining story that effortlessly unpacks several socially relevant themes, such as the relationship between fitness and traditional cuisine and the nature of show business.

Spicy sexual chemistry and a generous dash of authentic Puerto Rican flavor blend together in a sharp romance that begs to be savored.