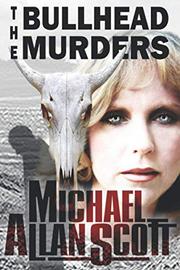 A psychic consultant helps police track down a serial killer in an Arizona town in Scott’s (Cut-Throat Syndrome, 2017, etc.) mystery.

Bullhead City is a small community that doesn’t see much “big-city crime.” So a series of vicious murders is a shock to everyone, including lead investigator Lt. Dan Kropp. There are four victims within five months, all white males with severed genitalia. After making little progress in the case, Kropp seeks assistance from Jena Halpern in Cave Creek, Arizona. A psychic consultant for more than two decades, Jena begins by visiting each crime scene. She and Dan develop a capricious working relationship; sometimes they’re in sync, and other times they engage in heated arguments. But they seemingly make headway with a potential link between the victims, as more than one frequented the Hogtie Saloon, a gay bar. Unfortunately, if they can’t reassure Dan’s captain they have a substantial lead, there’s a good chance Capt. Sam Ferguson will stop investigating actively. Dan and Jena are at odds once again when she disagrees with the person he ultimately names as a suspect. But they share the same goal: to ensure that a serial killer’s spree does not continue in Bullhead City or anywhere else. Scott’s murder mystery, which launches a Jena-centric series, is proficient as a procedural. Scenes at the murder sites, for example, are detailed and furthermore showcase the author’s illustrative prose. Even Jena’s psychic readings sharply define the environment: “The air is thick with dust particles suspended in rays of muted sunlight angling through the floral drapes.” Moreover, Scott retains a sublimely simple narrative by focusing primarily on two well-drawn protagonists. Dan, for one, has trouble from the start, as dead bodies render him physically ill. On the mystery front, the investigating duo examine crime scenes and victims’ lives with little to show for it. This does, however, pay off in an unpredictable ending that finally reveals what Jena is truly capable of.

Flight of the Tarantula Hawk
by Michael Allan Scott
Indie

Dark Side of Sunset Pointe
by Michael Allan Scott
Indie