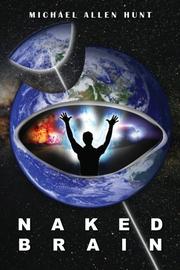 In Hunt’s debut sci-fi thriller, one man must stop the launch of a spacecraft that might lead to the extinction of humankind.

The U.S. government sees Duke Nolan as a threat: Officials have surmised that he was taken by an alien race many years ago, so his recent knowledge of military secrets must mean that he’s either abetting aliens or is one of them. Duke, however, has another purpose. He’s been gifted with God’s Light—the same energy force used to create the universe. His mission? To prevent the completion of a ship designed after an alien spacecraft that is powered by a particle accelerator with the strength of God’s Light—and which could lead to catastrophic results. The notable presence of aliens makes it easy to define Hunt’s novel as sci-fi, but religion and (modern) science are also integral to the plot. In fact, Duke, intending to educate humans, says that God and science are “one and the same.” It’s a fascinating concept, asserting that evolution is part of God’s plan in lieu of a naturally occurring progression. The book is respectful to both sides of the debate; it does lean more toward religion, especially Christianity, but is never heavy-handed. Particularly compelling are the understated themes of the Crucifixion, the Great Flood and a clever reimagining of Adam and Eve. And Duke, despite his “power,” is kept human. When his family is killed in an attempt to get to him, readers can’t help but wonder if revenge is his true drive, especially after he dedicates some of his kills to family members: “This is for….” Hunt maintains suspense with a constant reminder of the impending launch—the book’s chapters are in descending order, like a countdown—and the final act blazes with solid action, a few surprises and an inspired way of tying together some of the lingering minor plots. Perhaps most significantly, readers are provided with an early taste of the particle accelerator’s destructive capabilities—planes falling from the sky, an entire country lost—so there’s no question of what the characters should fear.

Will certainly leave sci-fi fans elated, but should attract all readers.