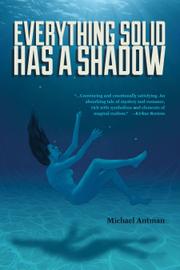 Everything Solid Has a Shadow

In Antman’s (Cherry Whip, 2004) novel, a Chicago marketing consultant grapples with reality and illusion as he strives to regain his footing in life.

Carlos “Charlie” Xavier Alessandro is a man haunted by his past and conflicted in the present. He’s an American who eschews his Argentine heritage and a businessman by day and a sensitive singer/songwriter by night. His life was irrevocably altered at age 8 when a baby in his care accidentally died. After the child’s grief-stricken mother confronted him, he was imprinted with a lifelong fear of women’s disapproval and a fervid determination to never have children. Charlie and his parents fled back to Argentina after the incident; soon after, the boy’s mother and father became alcoholics, making him believe that he ruined their lives. He eventually returned to the United States, and as the story opens, he’s enjoying the seemingly perfect life he’s created for himself with a high-paying job and a beautiful girlfriend. But disturbing dreams and personal and professional betrayals blow his carefully crafted existence apart. Out of work and alone, increasingly unable to eat or find solace, Charlie feels compelled to pursue the ghosts of his past and makes shattering discoveries. Antman divides the tale into three parts, each named for a woman in Charlie’s life—his girlfriend, a childhood friend who shares his shame, and a lost soul of a waitress, MariAngela, who works at the nightclub where he performs. Each section is permeated with details of Charlie’s struggle to recall and reconcile memories that may or may not be true. The characters, especially MariAngela, are finely drawn, and her story is especially poignant. The narrative has a dreamlike quality, emphasized by an almost stream-of-consciousness writing style that can be challenging to follow at times. Some readers may also find the episodes of psychic intuition and clairvoyance hard to swallow, but they do illuminate dark corners of Charlie’s mind. His evolution from a man obsessed by death and constrained by fear to someone capable of embracing life is convincing and emotionally satisfying.

An absorbing tale of mystery and romance, rich with symbolism and elements of magical realism.