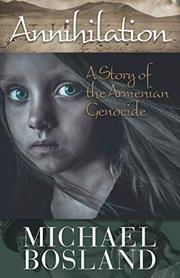 The Elmassians and the Bedrosians live in Bayburt, Turkey, in the early 20th century. The respective families of patriarchs Bedros Elmassian and Megerdich Bedrosian are united by longtime friendship and, later, marriage when Megerdich’s youngest son, Papken, marries Bedros’ daughter, Emma. The governor of Bayburt, Muhammad Kasaba, attends their wedding; he’s a Turkish Muslim and the Elmassians and Bedrosians are Armenian Christians. The relationship between Muhammad and these two Armenian families is notable in a time when misconceptions about Armenian Christians brew resentment in the Ottoman Empire: “We have to perform five years of military service. The Armenians pay a tax and avoid serving at all. While we’re off defending Turkey, they take advantage of our absence to gain control of agriculture and trade.”(At the start of this novel, it’s noted that “all able-bodied Armenian men were conscripted into service last year.”) This resentment results in the murder of an important family figure early on, and also in a governmental order that all Armenians be deported from Bayburt. This sets off a series of horrors that results in the murders of many Armenians, and Bosland doesn’t spare readers the brutality of the events at hand. Rosmerta Bedrosian, the daughter of Megerdich, emerges as the story’s central figure as the gruesome cruelty around her makes it increasingly challenging for her to heed her father’s injunction: “Do what you must to survive. When there is life, there is hope.” The author makes sure that this does not come off as a contrived moment of sentimentality; the words echo in Rosmerta’s mind as she witnesses rape, the deaths of infants, rampant disease, and many other forms of suffering—effectively revealing to readers the challenge of finding hope, or even the will to live, when faced with genocide. But as Bosland highlights in an epigraph and in his author’s note, it’s essential to chronicle such terrible things: “Failure to remember the Armenian Genocide for what it was made it difficult for the world to recognize what was happening in Germany during World War II.”