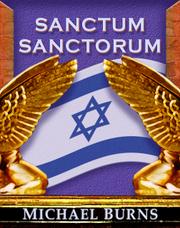 In Burns’ (Police State, 2013, etc.) latest thriller, an American archaeologist discovers the Ark of the Covenant on Jordanian soil and the Middle East explodes into war.

David Graham is leading a Vatican-sponsored dig in Jordan when he’s led by what may be the voice of God to the Ark, hidden in a long-sealed cave. His cell phone call announcing his find is intercepted by U.S. intelligence, and passed on to Israel by a mole, Patricia Rifkin. At the same time, a cabal of right-wing Israelis blows up the Temple Mount, including the mosque on it, setting off an intifada. Israel then sends a commando team, led by Captain Jedi Holtz, over the border to snatch the relic, wiping out the Jordanian battalion guarding the archeological team and taking Graham and his seven students into protective custody. From here, the political situation cascades out of control, with Jordan, Syria, Egypt and Iran all attacking Israel and threatening to destroy the Ark as it’s being transported to Jerusalem. Burns delivers a fast-paced thriller with lots of precisely described military action. However, the first third of the book introduces so many characters that readers may find it hard to keep track of who’s important. Graham, Rifkin and Holtz eventually become the focus, but with so many secondary players, and so many different locations (the dig, various army bases, the American Embassy, Russia, Tel Aviv, Jerusalem), none of them has a chance to grab readers’ hearts. When Graham concludes that the war was just waiting to happen, whether he found the Ark or not, the whole biblical underpinning of the story crumbles away. The nuclear bombing of a major country may also be a little hard to swallow; it may end the war, but the book ignores the ecological repercussions.

An uneven military thriller that moves so fast that readers may not notice its plot holes.