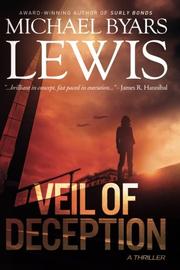 An Air Force instructor pilot’s new station at a California base in 2001 is immersed in a conspiracy teeming with espionage, murder, and sabotage in this thriller.

Jason Conrad hadn’t anticipated his reassignment from Oklahoma to Edwards Air Force Base in the Mojave Desert. But TRENCOR Industries, working with the Air Force, had an ulterior motive for adding the pilot to its team. Jason’s the son of former senator Jonathan Bowman, now vice president of defense contractor Century Aero-Bot. TRENCOR CEO David Ming hopes Bowman will sell his company’s technology, or at least provide access, to complete the F-2000, a jet prototype past schedule and well over budget. New York Times investigative reporter Sherri Davis, meanwhile, gets wind of a body in the Mojave, a TRENCOR employee with a bullet hole in her head. Already in the area for a story, Sherri’s hooked, especially because her father died years ago operating a TRENCOR-manufactured combine. Events are unfurling at both the company’s facility and the base. The shocking reappearance of Jason’s love Kathy Delgato, for one, who left suddenly back in 1995, the same year TV reporter Dane Robinson accused Jason of being a Russian spy. Still fixated on Jason, Dane finds something unusual regarding recent land purchases. As others turn up dead, Sherri suspects someone’s planning an attack that may prove catastrophic. Lewis (Surly Bonds, 2012) carries over a lot of material from his preceding novel. He uses this to his advantage, diving right into subplots like Jason’s sordid history with Kathy. Brisk recaps catch up new readers, but may prove to be spoilers for anyone wanting to peruse the author’s earlier book. Lewis drops clever nods to the time period, characters employing an “amazing new device” (a thumb drive) and new search engine Google. Despite Sherri’s hackneyed undercover role as a stripper, she’s a sublime heroine. She unearths the bulk of the baddies’ nefarious scheme and is hardly fazed when people shoot at her, which happens more than once. One thinks that, even without Jason occasionally rescuing her, the able woman will escape potentially lethal predicaments. Lewis forgoes a climactic car chase for a more fitting—and enjoyable—jet chase.

An entertainingly dense plot that links flawlessly to its forerunner, with room for more adventures.