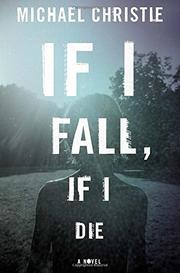 Do we really have nothing to fear but fear itself? Perhaps—but, as the characters in Canadian writer Christie’s deftly written first novel instruct us, our worries, even though debilitating, may not be altogether groundless.

Cairo, Venice, London, Thunder Bay: Young Will, artist and reader, is everywhere and nowhere. His mother is certifiable: afraid of the Outside, afraid of people, afraid of animals, prisoner of the deep mood that Will calls the Black Lagoon, yet a willing traveler of the mind, the rooms in her close-walled home named for faraway places. As the novel opens, the boy is Outside, tentatively ascertaining that it will not kill him: “He was not riddled with arrows, his hair did not spring into flame, and his breath did not crush his lungs like spent grocery bags.” That doesn't mean he’s safe. Social anxiety disorder finds literary expression in Christie’s pages, which have all the bleakness of a Stephen King fright-night yarn but none of the inevitability; just when the story begins to resolve out of seeming hallucination, Christie conjures other tricks, writing both elegantly and with the innocence of a child (“they used to share bathwater but they stopped because of vaginas”). Will, his mother’s protector, is nothing but a casualty waiting to happen, whether gazing at the world from a rooftop or tiptoeing through the mouse turds and ant trails of their house; still, the greatest danger, as his mother fears, might just be that he finds out things he shouldn’t: “But now, given Will’s curious nature, he’d soon be retrieving painful morsels of her past like a terrier with a mouse in its jaws.” Reminiscent of Helen DeWitt’s The Last Samurai and David Mitchell’s Cloud Atlas, Christie’s fine novel is really a kind of spiritual cousin of Paul Harding’s Tinkers as a study of people who are in this world but not quite of it, whether ghosts from a grain-silo explosion or the people you see at the supermarket.