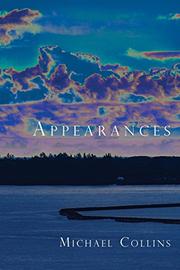 This poetry collection searchingly considers the ambiguous role of the poet as a mediator between soul and nature.

In the title poem, which also stands as an epigraph, Collins (Psalmandala, 2014, etc.) establishes his stance: because “Soul never presents in its own shape” and “can only stalk sunfaces from their shadows,” the soul’s presence must be discerned from clues, as a hawk’s flight reveals the wind that it rides on. But the observer also creates, so that clouds, for example, make him or her “imagine horses / become horses: horses become gods.” The way that the soul mediates the divine doesn’t, however, get us any closer to the soul, as our “similes bleed out.” And because “entropy claims / every dawn,” we’re left to figure out a way to live, “to imagine / wandering on” in a world of appearances. For the poet, this means long walks around the harbor, which serves as a central image and metaphor throughout the collection. Although the word “harbor” has connotations of haven and safety and is said to be a place that calls out our authentic selves (“We are each ourselves at the harbor: / Runners run, readers read, children play”), it’s also depicted as a constantly changing threshold, a route to the mythic “Underworld.” The speaker’s longing for spiritual connection is constantly tested by the harbor, with its oil spills and stench of death. Collins’ use of language in this collection, and especially of verbs, is fresh, and he employs forms that help to convey the feel of his speakers’ daily walking meditations. In several poems he writes of the impulse to render the world in poetry and the natural world’s resistance to being reduced to metaphor. In “Ars Poetica,” for example, a nest-building bird momentarily “seems my soul,” teaching a poet to move between worlds as fledglings are taught to move between nest and sky. But, looking up after writing his poem, he sees that “She is gone.” Collins also addresses how imagination can interfere with one’s ability to discern realities, such as the cycle of life and death. For example, a speaker remembers how, as a child, he saw a caught fish gasping out its life—now he “hear[s] myself think look, the fish is playing”; on the harbor ice, gulls are shown dropping clams to shatter their shells, “again, again, again, again, forever.” Still, though his poems are often serious, melancholy, or rueful, Collins can also sometimes laugh at himself. One especially strong poem, for instance, is “The Sacrosanct Mallard of Mamaroneck Harbor,” in which the speaker satirizes his own tendency to epiphanize, claiming that it’s not his fault: “Listen, Jesus, it wasn’t my idea / for this mallard to stand on the dock / stretching his wings out all crucifixiony.” In the final section, the speaker becomes willing to live in mystery, guided by the soul’s “impossible eyesight” that discloses other worlds "by what imagines to contain it.”

Strong, moving poems of reflection in a fine collection.