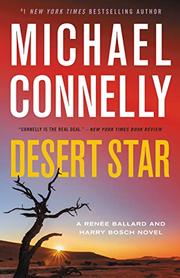 A snap of the yo-yo string yanks Harry Bosch out of retirement yet again.

Los Angeles Councilman Jake Pearlman has resurrected the LAPD’s Open-Unsolved Unit in order to reopen the case of his kid sister, Sarah, whose 1994 murder was instantly eclipsed in the press by the O.J. Simpson case when it broke a day later. Since not even a councilor can reconstitute a police unit for a single favored case, Det. Renée Ballard and her mostly volunteer (read: unpaid) crew are expected to reopen some other cold cases as well, giving Bosch a fresh opportunity to gather evidence against Finbar McShane, the crooked manager he’s convinced executed industrial contractor Stephen Gallagher, his wife, and their two children in 2013 and buried them in a single desert grave. The case has haunted Bosch more than any other he failed to close, and he’s fine to work the Pearlman homicide if it’ll give him another crack at McShane. As it turns out, the Pearlman case is considerably more interesting—partly because the break that leads the unit to a surprising new suspect turns out to be both fraught and misleading, partly because identifying the killer is only the beginning of Bosch’s problems. The windup of the Gallagher murders, a testament to sweating every detail and following every lead wherever it goes, is more heartfelt but less wily and dramatic. Fans of the aging detective who fear that he might be mellowing will be happy to hear that “putting him on a team did not make him a team player.”

Not the best of Connelly’s procedurals, but nobody else does them better than his second-best.