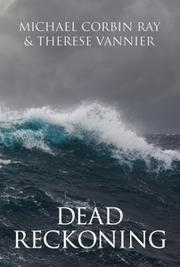 A historical novel combines a personal drama among sailors on a naval ship with a navigational catastrophe.

In 1923, Eugene Dooman, secretary at the American Embassy in Tokyo, disembarks from the SS President Cleveland in the San Francisco Bay Area, whose Barbary Coast is “famed for sin and depravity from its earliest days.” Despite being a “worldy wise” man who has traveled widely, he’s robbed by swindling sailors who make off with his wallet, leaving him without money or identification. Serendipitously, he runs into Capt. Edward H. Watson, an old friend, who invites him aboard the USS Delphy, headed to San Diego. Watson promises to do his best to track down the miscreants who purloined Dooman’s wallet, apparently unaware that the gang is among his own crew. Meanwhile, Emmett Haines, the leader of the misfits, meets Ruby, who kindles in him a desire for something more: “I’m good at what I do. I’m good at separating a man from his money, at least in small amounts. But I get the feeling I could be good at something bigger. Something more important.” Ray and Vannier tantalizingly chronicle the way in which the Delphy becomes a dramatic tinderbox—Watson pursues the thieves, and Haines has a falling-out with the gang members. All the while, the ship, due to faulty navigation, heads toward an avoidable disaster. Based loosely on a real event—the ship calamity—the authors skillfully explore the dislocation of a sailor’s life, permanently unmoored and perpetually enticed by seedy temptations. In addition, the romantic spark between Haines and Ruby is electric—they seem to notice in each other both a casual indifference to conventional morality and a longing for a fuller life. As she puts it: “A grifter knows a grifter.”

A captivating maritime story, both subtle and dramatic.