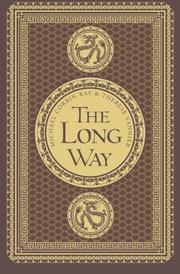 In Ray and Vannier’s debut fantasy novel, a young girl flees the hardships of 19th-century China for America, chased by a cruel Englishman who seeks to obtain a dragon.

Twelve-year-old Leung Chi-Yen, sold to a brothel eight years before, finds a means of escape during the unrest instigated by the Opium Wars. She secures passage to the United States, along with a young warrior, Tam Sin-Feng, and his master, Liu Kun, both from the all-but-destroyed Temple of the Seven Dragons. The men are protecting their temple’s last remnant: a small, mysterious box desperately sought by the nefarious Basil Malvenue, who claims to be on a mission for the queen of England. He believes the box contains a dragon egg. Once the characters reach America, the fantasy tale becomes credible, assertive historical fiction; the trio not only experiences the gold rush and the Civil War, but also meets Chinese laborers working on the First Transcontinental Railroad. Chi-Yen is also constantly challenged by Liu Kun, an alcoholic opium addict and, at one point, is even snared by a sheriff’s posse. Although the story contains little humor, Liu Kun’s perpetual inebriation is sometimes played for laughs; for example, he sleeps through a storm at sea, his body rolling with the ship. Sporadic appearances by a dragon, however, keep the fantasy element alive, including a scene in which Chi-Yen is unnerved by glowing eyes in the dark woods. Although the dragon is a stunning creature and spectacularly described—with scales that change “from pale wheat to tan to umber to the color of rich, fertile soil”—the authors make sure that the young protagonist is the most mesmerizing character here. At various points, she disguises herself as a boy by shaving the top of her head and tying her hair, boldly tells the brutal brothel manager, “You shall not beat me again,” and earns a boat ride to America by teaching her fellow passengers English.