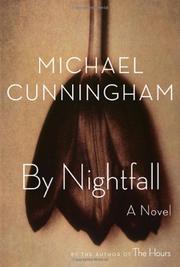 A surfeit of literary and cultural references can’t disguise a lightweight soap opera.

Literary subject matter is familiar territory for Cunningham (whose 1998 novel, The Hours, won a Pulitzer), but this novel’s incessant evocations of James, Eliot, Joyce, Mann, Fitzgerald, Melville (and Carver and Barthelme and others) makes the narrative feel slight by comparison. Peter is a successful Manhattan art dealer; Rebecca, his wife of 21 years, edits a literary journal that is threatening to fold. “In a long marriage, you learn to identify a multitude of different atmospheres and weathers,” thinks Peter early on, though it may well be that they neither know each other as well nor are as satisfied with their marriage as both initially seem to believe. Complication arrives in the form of Rebecca’s much younger brother—the possibly brilliant, impossibly beautiful Ethan (generally known as “Mizzy,” his unplanned birth was a mistake). He’s a recovering drug addict, or perhaps not so recovering, and he has come to stay with them with the vague idea of doing “Something in the Arts.” Ponders Peter of their guest, “It’s hardly beyond understanding, neither the straight A's that led to Yale nor the drugs that led elsewhere.” Peter and Rebecca have a daughter near Mizzy’s age, who feels inexplicable (to Peter) bitterness toward her father. Peter also had a homosexual older brother, long dead, whose memory continues to haunt him. Mizzy might serve as a stand-in for Peter’s brother, for his daughter, even for Peter’s wife (whom he resembles in her younger, prettier days). He might also arouse incestuous feelings in Rebecca. Possibilities resolve themselves amid aesthetic pronouncements on how “a real work of art can be owned but should not be subject to capture” and that it is “something that will tell the world (poor forgetful world) that evanescence is not all.”

“Does America get the art it deserves?” wonders Peter. Or the novel?