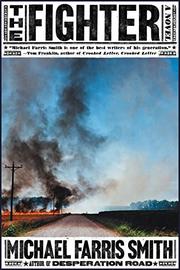 This resourceful writer weds violence, despair, and glimmers of hope during a few tense days in the life of a once-legendary bare-knuckle fighter.

In a brief prologue, Jack Boucher is abandoned at age 2 and bounces around foster homes before an unmarried woman named Maryann takes him in at age 12. As the main story opens, Jack is 50 and facing nothing but trouble. The bank is about to repossess Maryann’s house, and a vicious bookie has sent collectors to squeeze him for gambling debts. It gets worse. After winning $12,000 at a casino, Jack crashes his truck and wanders off in a daze, forgetting the money. The cash then slips into a subplot about a traveling carnival with ex-con roustabouts and a tattooed beauty named Annette. She and the carnie boss find the money, but there are complications, not least her possible ties to Jack. In flashbacks, Smith (Desperation Road, 2017, etc.) reveals the loving bonds Jack forms with Maryann and the thrill he discovers in the bare-knuckle cage, where he soon becomes a star in a bloody demimonde. But too many blows to the head leave him in constant pain and addicted to pills and booze that also cost him his edge in the cage—an edge he may need one last time. Smith could be nodding to the classical unities of place and time, with his three-day plot centered on Clarksdale, Mississippi. Other unifying factors are hard-edged, like the brass knuckles that appear four times in nearly 200 pages, or quasi-mystical, like a hawk that marks both Jack and Annette. These elements are subtly handled, but Smith shows less restraint by letting Jack’s pondering of his physical and psychological pain become a litany.

A gifted storyteller who parses battered dreams and the legacies of abandonment with a harsh realism that is both saddening and engaging.