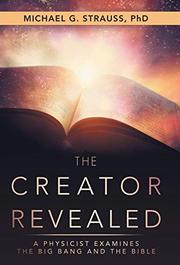 A scientist compares the biblical account of Creation with mainstream scientific theories in this Christian work.

Strauss (Physics/Univ. of Oklahoma; co-editor: Dictionary of Christianity and Science, 2017) is both a Christian and a physicist, which many people find to be a surprising combination, he says. After all, aren’t the Big Bang and the biblical Creation narrative incompatible? The author used to think so, but he says that he has “come to realize that the big bang is one of the most powerful and convincing evidences for God’s existence.” The assumption among Christians that their faith and science are mutually exclusive is a troubling development, argues Strauss, who says that it can lead young Christians to either abandon their faith, once they get to college, or reject the important discoveries of science. In order to mitigate this rivalry, the author examines the ways in which the two worldviews overlap and inform each other. He looks at the reasons why scientists think what they think and why people should believe them; he then goes on to propose biblical theories that take scientific thought into account—questioning whether the word “day” in Genesis meant a literal 24-hour period, for instance, or whether there really was no death in the world before Adam’s sin. Throughout the book, Strauss’ tone is accessible and calming. At times, it even seems as though he’s afraid that he’ll scare readers away if he says the wrong thing: “Scientists like me are sometimes known for being stubborn and skeptical. My wife would most likely agree that this is true.” The book does fall short of fully accepting mainstream scientific consensus—the author doesn’t believe in natural evolution, for example—but there’s still much here that may give pause to science-skeptical Christians. Even if they’re not convinced by Strauss’ arguments, his effort to bridge this cultural chasm is an admirable one.

A good-faith, if not completely scientific, effort to reconcile the book of Genesis with the Big Bang theory.