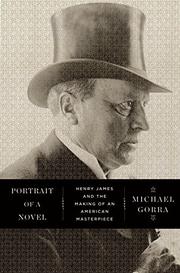 PORTRAIT OF A NOVEL

Henry James and the Making of an American Masterpiece

Gorra (English/Smith Coll.; The Bells in Their Silence: Travels Through Germany, 2004, etc.) blends a focused biography of Henry James (1843–1916) with the story of his composition of The Portrait of a Lady (1881).

Throughout this work of astonishing scholarship, Gorra directs our attention to the quotidian life of James (and his remarkable family), his composition of the novel (which first appeared in serial installments in the Atlantic here and Macmillan’s Magazine in England), the significance of the events and characters in the story, and the influence of the novel on the subsequent fiction of James and others. Gorra also blends accounts of his own visits to important James sites in America, England and elsewhere. After a brief introduction to James’ life and to the novel, the author establishes his narrative pattern: chapters about the novel followed by others about James’ activities, family, friends, typists, contemporaries and so on. We read about his relationships with Atlantic editor William Dean Howells and with James’ gifted brother William. We follow his travels to England, France and Italy; we visit his final home in Rye; we view his intimate relationships with Constance Fenimore Woolson and others—including Oliver Wendell Holmes Jr. (Gorra does not accept the suggestion that Holmes and James had sexual encounters). We also see him, near the end of his life, visiting and comforting hospitalized World War I soldiers. But most of Gorra’s book examines Portrait—its creation, significance and revision (for the New York Edition in 1908). The author argues that chapter 42 of the novel, Isabel Archer’s reverie, is “one of James’ greatest achievements and a turning point in the history of the novel.”

Not for all readers, but Gorra’s approach will appeal to scholars, fans of the James family, and lovers of important novels and those who create them.