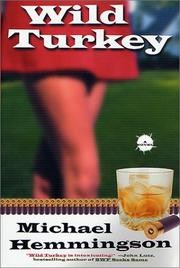 Ever since he got fired from his San Diego firm and disbarred, Philip Lansdale has had too little to do. Every day after his wife Tina leaves their tract home for her job, he takes his son Matthew, a budding kindergarten pyromaniac, to school, then stays home with his toddler Jessica and wonders what’s going to happen next. The answer comes in the slinky person of Cassandra Payne, a neighbor with an unlimited supply of miniskirts that cover only the first few feet of her endless legs. Even before inviting the Paynes to a barbecue he’s talked Tina into hosting to get closer to the neighbors, Lansdale has been drooling over her in conversations with his drinking buddies, ex-cop Bryan Vaughn and part-time prof David Larson. And soon after the barbecue, which Cassandra attends stag, he finds himself leaving Tina asleep in bed so that he can peer into his neighbor’s window. Even without Lansdale’s constant prophecies of doom (“Had I known how sickening and utterly disturbed my behavior would eventually become, I would’ve stopped myself right then and there”), it would be obvious that his fixation on Cassandra can’t end well. What Hemmingson brings to this familiar story is a couple of spectacularly nasty surprises, some of the most wooden dialogue you’ve ever read (“A woman knows when she is being watched by the eyes of men,” Cassandra avers), and so many borrowings from earlier genre classics, from James M. Cain to Body Heat, Blue Velvet, and Fargo, that you may feel as if you’ve been locked in a revival house for the two hours it’ll take to zip through Lansdale Agonistes.

Luridly decorative in its trimmings, slapdash in its plotting, and ludicrously derivative.