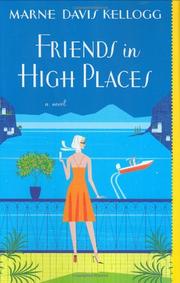 Kick is relishing retirement until rumor has it that her former employer, Ballantine & Company, a premier London auction house, is facing ruin—again. Ballantine had almost sunk before, while helmed by Kick’s erstwhile nemesis and gigolo, Owen Brace, but thanks to Kick’s selective embezzling, that threat was averted. Apparently, Ballantine has been auctioning fake jewels—and poor fakes at that. That’s why Kick assumes these counterfeits include none of the synthetic jewels she’d artfully substituted for the real ones, now safely nestled in her vaults in Geneva and at La Petite Pomme, her French villa. Poodle in tow, Kick speeds to aid embattled Sir Bertram, Ballantine’s CEO and rightful successor to Kick’s original Pygmalion and mentor in fabulousness, the late Sir Cramner Ballantine. “[A] tsunami of chickens [comes] home to roost” when Constance Flynn, soon-to-be-ex of Edgar, who’s run off with a déclassé supermodel, consigns her entire collection of Kick-reengineered baubles to Ballantine. All except the ruby parure, lost heirloom of the Vasvars, Hungarian nobility. Constance’s son William plans to re-gift the parure to his bride, Alice, at their wedding, to be held at her father Prince Freddie Vasvar’s tumbledown castle in Italy. Near the castle is a small winemaking convent, headed by Mother Immaculata, who might be the daughter Kick gave up at the Omaha home for unwed mothers all those years ago. Back in 1963, nuns were massacred by two men who made off with a trove of gem-encrusted Madonnas, also Vasvar family artifacts. Prince Freddie is a logical culprit—when he’s not wiping the tango floor with ladies, his eyes betray his sociopathic tendencies to Kick, who’s crashed the wedding weekend as Lady Amanda, a Scottish lairdess.

NOTHING BUT GOSSIP
by Marne Davis Kellogg
Newsletter sign-up