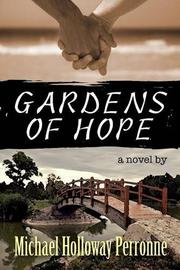 In early 1940s Los Angeles, two men’s love for each other faces a further challenge when one is sent to a Japanese-American internment camp.

This historical novel opens in 1941, before the United States has entered World War II. For Jack Henry, life continues as normal—he works in his family’s jewelry shop, studies to become a teacher, and puts off his fiancee, Sally Jenkins, about setting a wedding date. In the dusky hours, Jack wanders the park in Pershing Square, a gathering place for gay men. But one evening he meets Hiro, a handsome nisei, or second-generation immigrant from Japan, whose humor and forthrightness stir in Jack far deeper feelings than the sexual thrills of his usual anonymous hookups. During one clandestine yet intimate date on Santa Monica beach, Jack feels more like himself with Hiro than he ever has. But their bliss is short-lived, as after the bombing of Pearl Harbor, the U.S. enters the war and forces its Japanese-American citizens into internment camps. Jack turns his energies toward teaching at the Manzanar relocation camp, where he and his new love are reunited. But their relationship is now even more complicated, limited to silent glances under the watchful eyes of armed guards and 1 a.m. rendezvous in the pews of an unlocked church. Perronne’s (Men Can Do Romance, 2013, etc.) tale excels at capturing heartbreak both inside and outside of the camps. A scene of a Japanese woman choosing to break her family’s fine china rather than sell it before being taken away is as disturbing to witness as the dispirited suffering in the cold, dusty conditions of the desert prison. Considering the era, Jack and Hiro’s love is already star-crossed, and the impossibility added by the inhuman circumstances of the camps could easily have become crushing, but small moments of tenderness between the two mediate this hopelessness. The novel doesn’t lack self-awareness, with Jack probing his sudden empathy for Japanese-Americans and the prejudices they face as he wonders why it takes “us getting to know someone branded as other to view them with the humanity they deserved.”

Tugs at the heartstrings while bringing into focus a too often overlooked injustice in U.S. history.