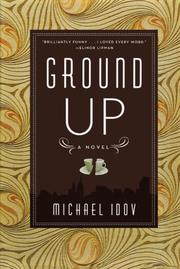 A fiercely funny yet frequently touching novel about the nightmare that the American dream can become.

The debut novel by Idov, a staff writer for New York magazine and editor of Russia!, a literary quarterly, strikes all the right chords—both cultural and emotional. Narrator Mark Scharf and his wife, Nina Liau, decide to open a hip coffeehouse on Manhattan’s Lower East Side, based on their romantic memories of one they had visited in Vienna. The daughter of a wealthy Chinese-American woman from whom she is semi-estranged (yet whose wealth allows Mark and Nina to live well beyond their means), Nina is a talented photographer and a deeply dissatisfied lawyer. The son of Russian Jews who live in Indiana, Mark attempts to scrape together a living by reviewing books for this very publication (with book reviewing providing much of the novel’s humor as well as a pivotal plot twist). Because Nina hates her job, and Mark doesn’t have much of a job, he accedes to her desire to reinvent themselves through a project where they can work together. “Nina wasn’t worried about the low return,” says Mark. “She wanted to be paid in meaning.” Mark knows all the right literary and musical references, all the right cosmopolitan cliches, but he’s a rube when it comes to real-estate agents, avaricious landlords and the intricacies of public relations. As much as he and Nina appreciate coffee, they know nothing about selling it, though they receive a crucial lesson early on. “The good news is that the margin on coffee is about a thousand percent…The bad news, my friends, is that Americans don’t like to drink coffee…They hate the taste of it. What they like to drink is warm milk…Your job is to convince, in an original way, a guy drinking a glass of warm milk that he’s a sophisticated adult.” Everything that can go wrong will, in a manner both hilarious (the coffeehouse) and poignant (the marriage).

Though the protagonist’s own book reviews are usually caustic, even he would give this debut a rave.